Who is violating American soldiers’ right to vote?

Anyone care to make a big deal about this?

I see no reason not to, but I have no avenues to pursue to do anything about it.

You need to know about Fairfax County, Virginia Registrar Rokey Suleman. He has decided to reject absentee ballots from American soldiers stationed overseas. In fact, some of the ballots he’s not counting are those from military personnel serving in Iraq and Afghanistan. Mr. Suleman is using a technicality to throw out hundreds of our brave soldier’s votes. Except that Marc Ambinder reports that Rokey Suleman is getting the technicalities wrong. Mr. Suleman claims that our soldiers are “overseas citizens” and therefore have to comply with legal provisions applicable to American expatriots. Voter disenfranchisement in any form is wrong, but the fact that some are actively seeking to take away the right to vote from the very people that are fighting to defend this fundamental American principal is deplorable. Furthermore, Suleman is a partisan. He was the founder of the Trumbull, OH Young Democrats. Earlier this year, he ran, and lost, for the Ohio Democratic State Central Committee. When questioned about denying our men and women in Iraq and Afghanistan their right to vote, he responded, “It stinks, but it’s the law.” A more accurate response is- “It is voter disenfranchisement, and that stinks” Tell Rokey Suleman to honor our American soldiers and count their votes. Rokey Suleman
Fairfax County General Registrar
703-222-0776
Rokey.Suleman@fairfaxcounty.gov
And if you are so inclined, join this Facebook group to send him a message. Sincerely yours,

If it is true, and I am afraid to click the links, this Ohio Democrat varmint (in Virginia) is a true villain. 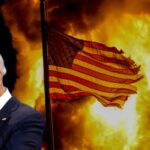