Warren Ellis notes how tech writers can use language as if they were themselves trapped inside their own thought bubbles, not quite conscious of how other people see the actual world.

in the same week, I’d seen tech-blog writers refer to both “wearable glasses” and, I swear, “wearable shirts.”  They meant networked wearable computing objects, of course, but they gave the strong impression of spending so little time outside the Bay Area tech community that simple things like “glasses and shirts were already wearable” just pass them by now.  These are the same people who say things like “I just don’t need 21 nice meals a week.”   On this page, you will see Soylent users referring to actual food as “muggle meals.”   Because what the vile, off-white milk from the plastic teat of the  mother of invention really needed to finish its metaphor was being surrounded by language from children’s fiction.  Childike Othering from people in their twenties who really know that shirts aren’t wearable until they’re linked and declare food to be something that the lumpen common people do.

This, in its own way, reminds me how certain reviews cannot be completely trusted on their own, and multiple threads of information are necessary.

These people serve an audience whose needs and viewpoints are not what they quite identify with.

This, in its own way, parallels the problem with multitudes of political activists, failing political operatives, political writers, and most specifically political hashtag activists.  They angrily proscribe solutions for the world specifically decrying various candidates and elected officials and promoting others without taking into mind that the people they pretend are “losers”, unpopular, and inadequate, were all elected by other people, usually quite reasonable, for reasons that were logical at the time.

But ultimately it means that in every field, setting, or context there lives bubble people, bubble heads, nesters, echo chamber residents.  The key to not being one lies in your own efforts.  People generally cannot be saved from being these people.  But I was saved. 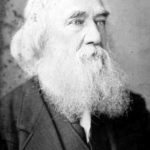 the end of an era?

Abandon the Western Traditions At Our Peril