Schrödinger’s cat: a cat, a flask of poison, and a radioactive source are placed in a sealed box. If an internal monitor detects radioactivity (i.e. a single atom decaying), the flask is shattered, releasing the poison that kills the cat. The Copenhagen interpretation of quantum mechanics implies that after a while, the cat is simultaneously alive and dead. Yet, when one looks in the box, one sees the cat either alive or dead, not both alive and dead. This poses the question of when exactly quantum superposition ends and reality collapses into one possibility or the other.

We need to be especially aware that the Schrodinger’s Cat experiment is a thought experiment, a satire, and a critique and not an actual experiment with a real cat. Which is to say that Erwin Schrodinger has never killed a cat in a box by using radioactive material or otherwise.

The scientist explains it thus:

One can even set up quite ridiculous cases. A cat is penned up in a steel chamber, along with the following device (which must be secured against direct interference by the cat): in a Geiger counter there is a tiny bit of radioactive substance, so small, that perhaps in the course of the hour one of the atoms decays, but also, with equal probability, perhaps none; if it happens, the counter tube discharges and through a relay releases a hammer which shatters a small flask of hydrocyanic acid. If one has left this entire system to itself for an hour, one would say that the cat still lives if meanwhile no atom has decayed. The psi-function of the entire system would express this by having in it the living and dead cat (pardon the expression) mixed or smeared out in equal parts.
It is typical of these cases that an indeterminacy originally restricted to the atomic domain becomes transformed into macroscopic indeterminacy, which can then be resolved by direct observation. That prevents us from so naively accepting as valid a “blurred model” for representing reality. In itself it would not embody anything unclear or contradictory. There is a difference between a shaky or out-of-focus photograph and a snapshot of clouds and fog banks.

from a translation that was originally published in Proceedings of the American Philosophical Society, 124, 323-38. [And then appeared as Section I.11 of Part I of Quantum Theory and Measurement (J.A. Wheeler and W.H. Zurek, eds., Princeton university Press, New Jersey 1983).] “Schrodingers cat” by Dhatfield – Own work. Licensed under CC BY-SA 3.0 via Wikimedia Commons.

Schrödinger’s thought experiment actually entered into the common ideaspace, however usually as a misunderstood principle invoked as cliche, metaphor, or trope.

I enjoy that it’s employed as humor.  Essentially though it’s a fair description of when an individual or institution fails to commit to a given dogma or a contrary one, when an outright explanation is far more worthwhile than a lack of controversy.  Essentially when one fails to suggest or determine for others if a state of being is certainly one or the other, then the metaphor is invoked and it is hardly charitable. 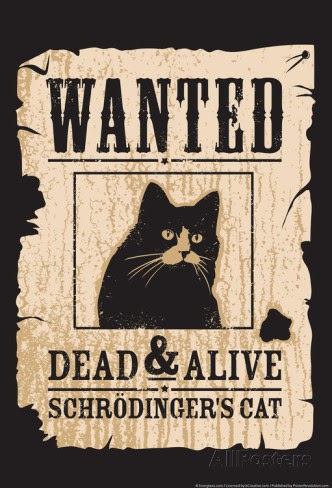 This t-shirt here is brilliant.  The undead cat, be it liche or zombie is used to suggest intelligence, at least on a superficial or beginning level.  Now, I understand the stuff of quantum mechanics thrown to the viewers on PBS.  This could suggest that I am intelligent.  Yet I’m no quantum mechanic.  Philosophy can be applied to the sciences but I cannot apply the science, expand  the science.  I’m layman in that field.  But in many respects the thought experiment is meant to explain a point to people like me, regardless.

Most importantly though, to me, is that this just plain opens the doors to humor.

Someone is going to come along and make fun of this blog post.

and I deserve it.

Now the real reason I write stuff like THIS is not only to practice writing, as I must practice every day to at the very least entertain my fantasy of becoming a professional writer, but because I would rather link to my own definition of a given term than the wikipedia version.  I also want to believe that my own blog may be more reliable to ever-present for my purposes than any given university’s page…. which is unreasonable to a degree… although while Michigan State University may outlive me by a thousand years they can eject a professor and his displays of work and definition any week or year.  That implies the professor’s tenure has an exception.

Now I can explain the issue of Heisenberg and I certainly will at a later date.  I’m uncertain when that date will be.

Later I intend to visit this site as it explores the concepts further than I intend at this time…. and more importantly illustrates and exhibits the concepts.

Schrodinger’s Cat by tatabatata on DeviantArt 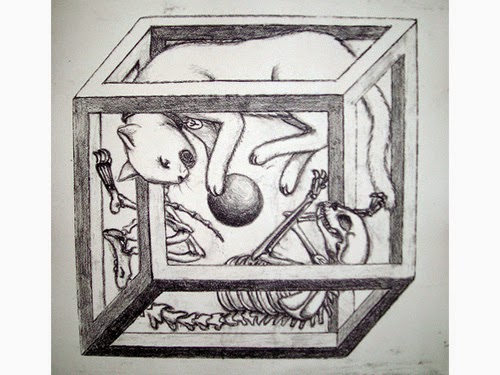 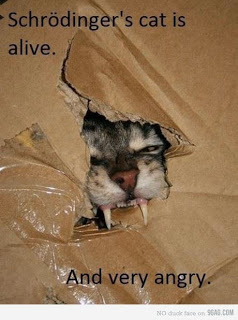 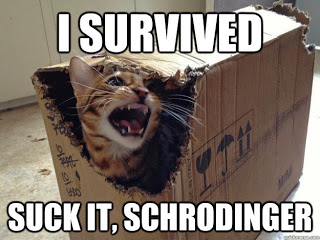 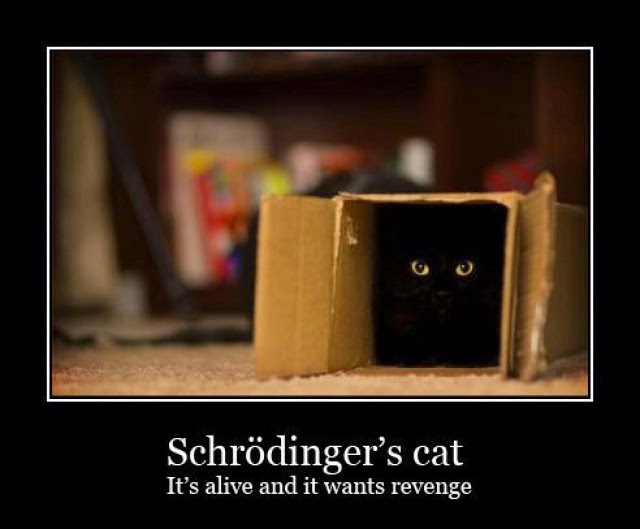 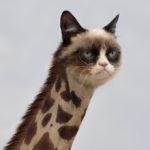 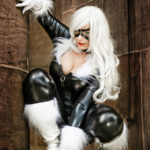 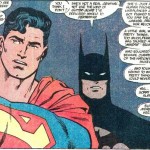